Get fresh music recommendations delivered to your inbox every Friday.
We've updated our Terms of Use. You can review the changes here.

As The Globe Warms: Episode One 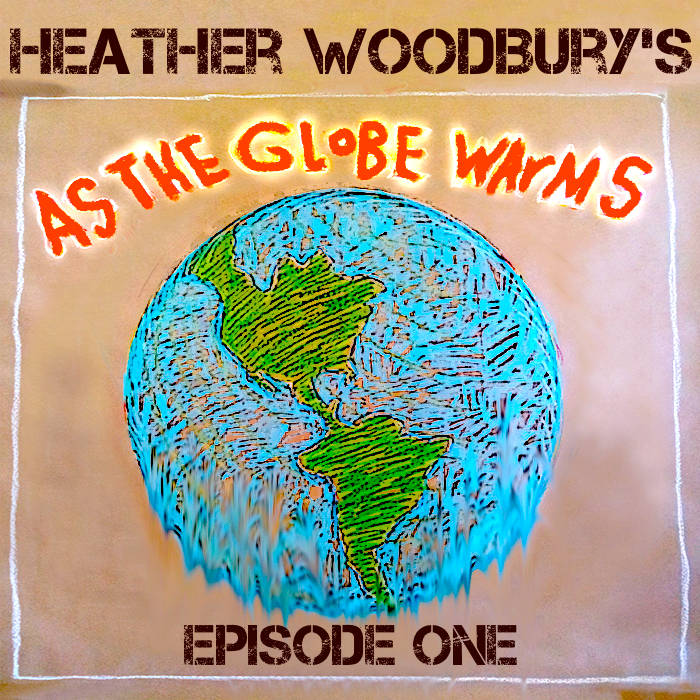 AS THE GLOBE WARMS is an audio serial-drama conceived, written and performed by international, multi-award-winning performance artist, Heather Woodbury

THE STORY
The Fight over one small frog in one small town collides with the world wide web and the web of life itself.

As the Globe Warms explores surviving in America today on a planet veering toward social and ecological crisis. When a handsome herpetologist (that's a frog scientist) meets a preacher’s daughter speaking in the tongues of dying animals, their unlikely friendship has far-reaching consequences for our world. At the center of the story is a working class family - itself on the brink of extinction. And flinging about in the mix are Tea Partiers, closeted gay Christians, and eyewitness reports from polar bears, whales, bees, bats and frogs.


WHY
Art has the power to change. Facts alone do not.

I ask you to join me in making a new kind of folk-tale and embark on an eco-comic-epic that fuels empathy between rural and urban, atheists and Christians, wired up humanity and the world wide web of life itself. Help me to spin a vivid, dramatic yarn, episode by episode around the global campfire.


LET’S GET THIS CAMPFIRE STARTED!
Donate, Be a Sponsor, and actually TAKE PART in the recording!
For info visit: www.heatherwoodbury.com/works_atgw.html


LEND ME YOUR EARS!
Want to support this serial?

You do?! Great, then please ask 2 friends to buy this episode! Ask them pretty please, to ask their 2 friends.


WANT TO MAKE SURE IT HAPPENS?
Excellent! Pre-order NOW for $24—or more—
heatherwoodbury.bandcamp.com/album/as-the-globe-warms-entire-serial-earth-day-edition-2
The Deluxe 12-Episode GLOBE Audio Novel to be launched on Earth Day, April 22, 2015

You’ll receive updates the minute the newest episode goes on-line, PLUS a FREE DOWNLOAD of the 20th anniversary edition of “Heather Woodbury’s WHAT EVER”. Listen here: heatherwoodbury-whatever.bandcamp.com/album/heather-woodbury-s-what-ever-an-american-odyssey-twentieth-anniversary-special-edition-2

WRITTEN and PERFORMED by Heather Woodbury

"Standup novelist" Heather Woodbury is known for sprawling works that combine the seductions of cable TV serials with the high-wire immediacy of live, solo storytelling. Her previous audio serial, What Ever, hosted by Ira Glass, was broadcast on public radio. Filmmaker Richard Linklater likens being engrossed in her works to "living INside a novel."
She is published by Farrar, Straus & Giroux. ... more

Bandcamp Daily  your guide to the world of Bandcamp

Frayle's Gwyn Strang and Sean Bilovecky join the show to talk about their cathartic new album.